What has God been saying? 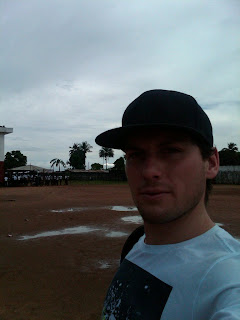 I am sat at the sound desk at the crusade waiting for one more hour until we kick off. The field is starting to fill up already and its only 5pm. Last night was amazing so I am expecting tonight to be great.

This morning I spoke in the pastors and leaders Hope Alive conference again. After my talk yesterday I got asked / told to do it again. At first I was super nervous but then I figured that God would not of opened up the chance to do it if He didn't have a word for me to share.

Yesterday I spoke about Jesus on the Mount of transfiguration and how he changed before Peter James and John. His face shone like the sun and his clothes were as bright as the sun. Then Peter blurted out that they should build 3 temples. God broke through the clouds with a crack and said "this is My Son. I am fully pleased with him. Listen to him.

Jesus said He was the light of the world. At this moment he was physically that. He lived it, breathed it, and walked it. In Romans 12:2 we are told to not be conformed to the patterns of this world but instead be transformed from within by the renewing of our mind. Then we will know what His good perfect and pleasing Will is for us. The word Transformed in Romans 12:2 used is the same root word Metamorpheo used when Jesus is Transfigured. This means that what Jesus experienced is what we need to have happen to us. BUT... from within. Before Jesus went to be with the father, he said that instead of him being the light of the world. We are now the light of the world. We are to be transformed from within so we can shine bright.

Allow God in so that He can shine out.

Its the end of the night and it was good. Different from yesterday. Loads and loads of Bugs. I killed a Mozzy trying to bite my arm.

In the morning I am going to get a local taxi to take me to a church across town where my friend attends. Looking forward to that.

Another update to come soon.


Sent from my BlackBerry® wireless device
Posted by thepaisley at 14:40:00
Email ThisBlogThis!Share to TwitterShare to FacebookShare to Pinterest